Geophysics near the tile factory.

Over the last four years we have carried out extensive magnetometer surveys in the vicinity of the tile factory.
The results suggest a landscape busy with occupation from an early date.  Some of the features have been tested by excavation, suggesting landscape use from the Bronze Age to the Medieval periods.  Further excavation is planned for the future, beginning in May, 2016.  This excavation, led by Phil Cox,  produced several hundred pieces of pottery, and also quantities of Roman building materials.  Further trenches were excavated in 2017, this time producing more Roman pottery, and more Roman bricks and hypocaust tile.  There was also a Roman fibula, of the Wirral type, and late-Roman coins.  There was a quernstone, and also timbers at a depth of over 2 metres.  A particulary interesting find was a door latch in the shape of a lion.  All of these finds are presently being securely dated and studied.
Further excavations are planned for May, 2018.
​It is interesting to record that no building foundations have yet been found, despite the large quantities of building material from the site. 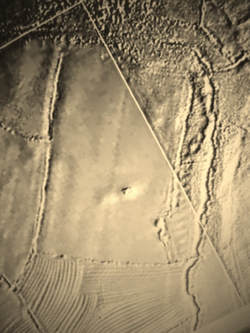 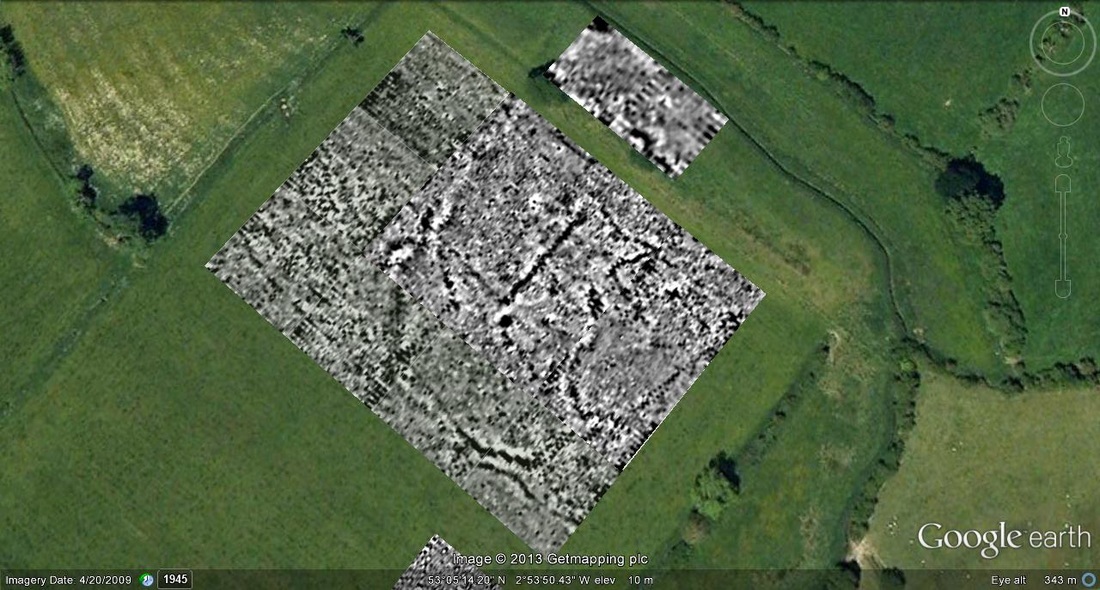 During the last few years, we have been investigating the landscape close to Holt, near Wrexham.   This was the site of the works depot for the XXth Legion, stationed at Chester.  The tile factory site was excavated 100 years ago by Harold Acton, and his records were published in 1930 by W.F. Grimes.  It is apparent that the records are incomplete, and the landscape stands in need of further research to understand the full extent and purpose of the site.
We have carried out Magnetometer surveys around the fringes of the Sceduled area, and it is now known that other features exist in the surrounding landscape.  Nearby fields have yielded features suggesting a busy landscape, with many different periods represented.
The heavy and bulky products of the tile and pottery works are certain to have been transported by water, down the Dee about 10 miles or so to the fortress at Chester.  Acton mentioned a channel just below the site, at the base of the small cliff, which he found full of dumped Roman waste from the site.  As the Romans would not be likely to block a channel in use as a quay, we decided to seek the quay site elsewhere.
A few hundred yards downstream, on a bend in the river, we noticed a large sandstone construction at least 35 m. long, built of large sandstone blocks.  The return walls at both ends are overlain by more than 2m. of alluvium, deposited by floods over a long period.
Diving in the river revealed more fallen blocks, and large slabs suggesting the top surface.  Complete Roman tiles project from the river bed.
We would suggest that the quay was built here because the river scours this bend, protecting the quay from silting. 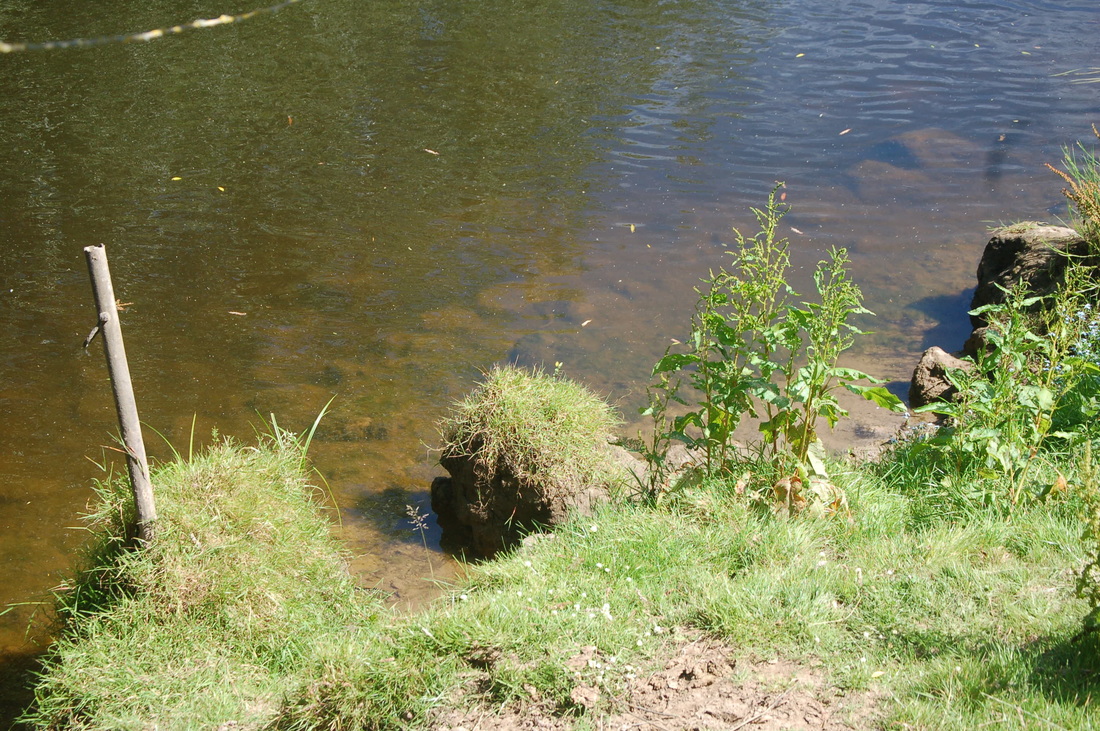 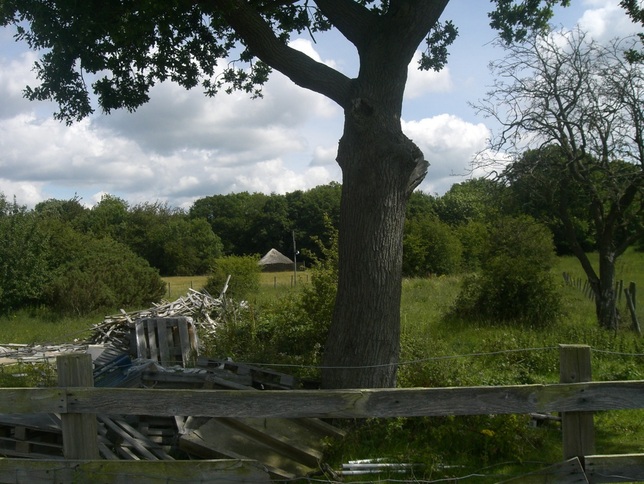 .In 2011 Wirral Archaeology took part in a very enjoyable archaeological project at Caer Alyn hill fort North Wales .Our role was to teach the  students how to use geophysics equipment. They used our Bartington grad 601 magnetometer producing some very good results. Students came from far and near, some even sleeping in the roundhouse in this picture .We will be returning to Caer Alyn this summer to complete our survey . 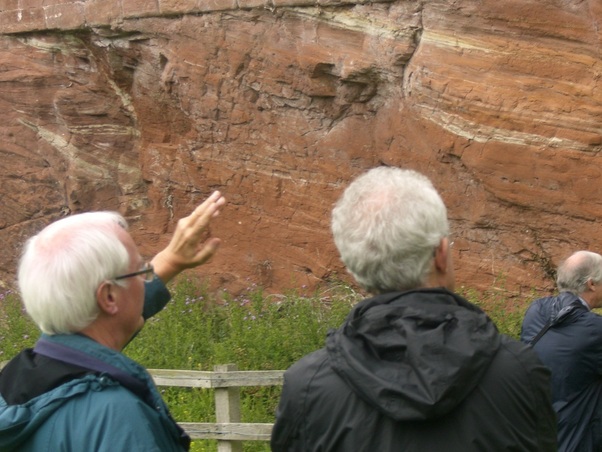 Here some members are discusing  the sandstone rock that Holt castle was built on. The members of the Holt research group are a very active and positive group of people .We at Wirral Archaeology have a very good  working  relationship with the Holt group and we always enjoy working with them. 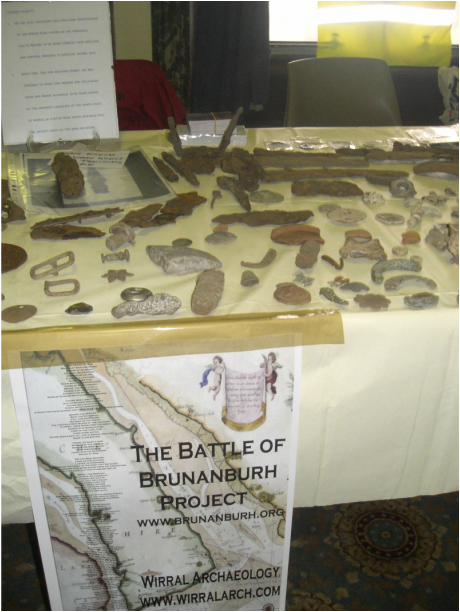 small selection of finds from our battle of brunanburh project
In 2010/11 Wirral Archaeology put on a display of finds from three fields in Wirral, where we  are investigating the Battle of Brunanburh . We choose Wirral History & Heritage Open days for our first public showing of the finds so far .We took along finds from all periods from prehistoric through to World war II. We had four members from  Wirral Archaeology manning the stall but  were still overwhelmed by interest shown by the public in our finds.
This investigation is still on-going, and we are researching the reported discovery of three large deposits of human bones, close to the suspected battlefield.
The location of one deposit has not been located exactly, but the other two sites are confirmed, but both are at sensitive locations.
The case for a Wirral location for this battle is now very strong, and the evidence in favour continues to accumulate.
​A book detailing the above is now in preparation. 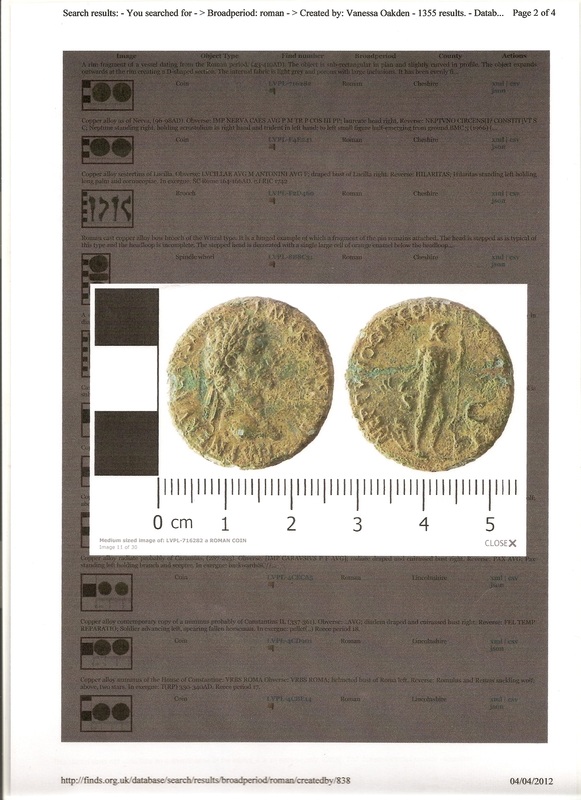 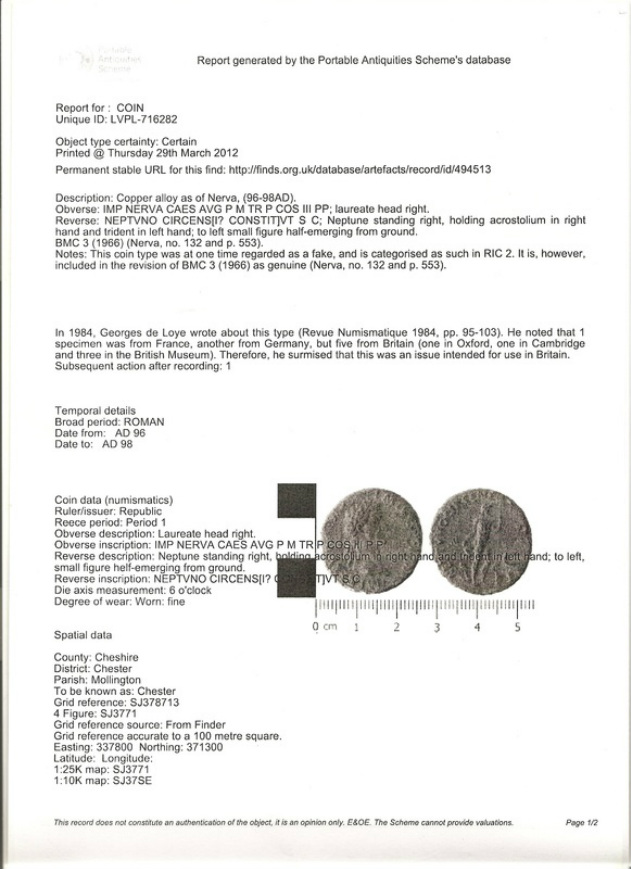 This is the very rare coin of Nerva found by John Emmett of Wirral Archaeology . The team were investigating a possible Roman Road Chester to Meols Wirral . We had used our geophysics equipment to track the roads alignment  and it appeared to go near a private garden  at Mollington. The owner gave us permission to investigate his garden.  In a flower bed we found this coin .John did not take a great deal of notice at first as a Roman coin is what you would expect to find around Chester. At a meeting at the Mollington Backford history group that evening the coin was produced. My colleague Peter France realised the massive importance of this coin . It is only  one of thirteen found in the world .Vannesa Oakden at Liverpool  Portable Antiquities  said it is exiting to find such a rare coin in Cheshire.  Further investigations are taking place as I write by one of Britains leading experts .

We are currently investigating the sites of churches in Wirral, known, or suspected to
have been founded before the Norman Conquest.  We notice that there is a cluster of these in the northern part of the peninsula.  Our findings suggest that the economic influence of the ancient port at Meols played a part in this, and we also wonder if the North wales pilgrim route extended to include Wirral.
There is a carving on the rock on Heswall Beacons, shown below, which is very similar to an example in Pembrokeshire, dated to the early Christian period, around the 7thC. 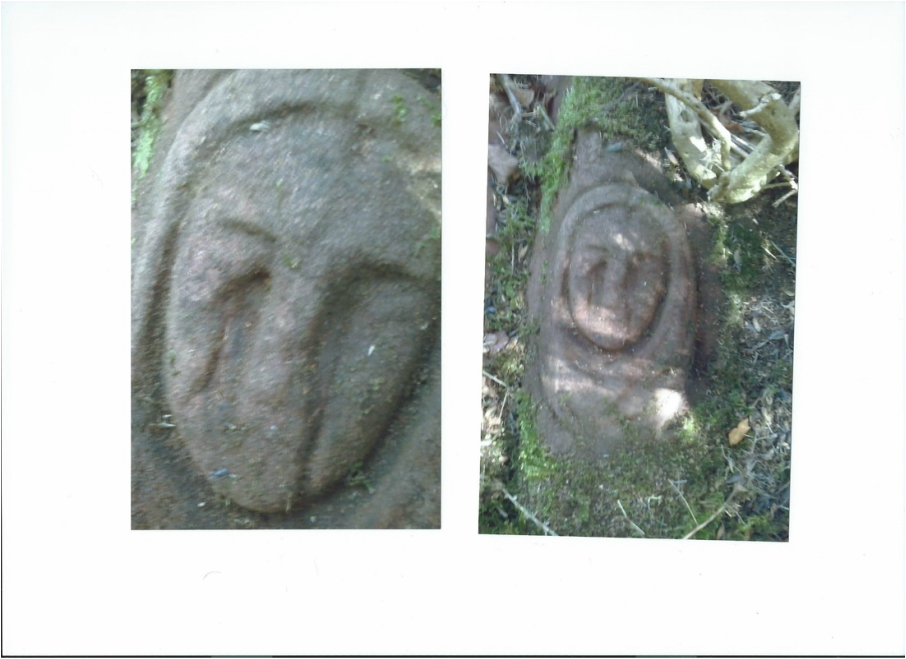 During our research on St. Hilary's church, Wallasey, we noticed an unusual stone, now built into a wall on private property.  Expert opinion has dated this stone to the early Medieval period,  but it cannot be closely dated.  We suspect that it was originally built into the pre-Norman building, and represents a graffito carved by a pilgrim to St. Hilary's in the early Medieval period. 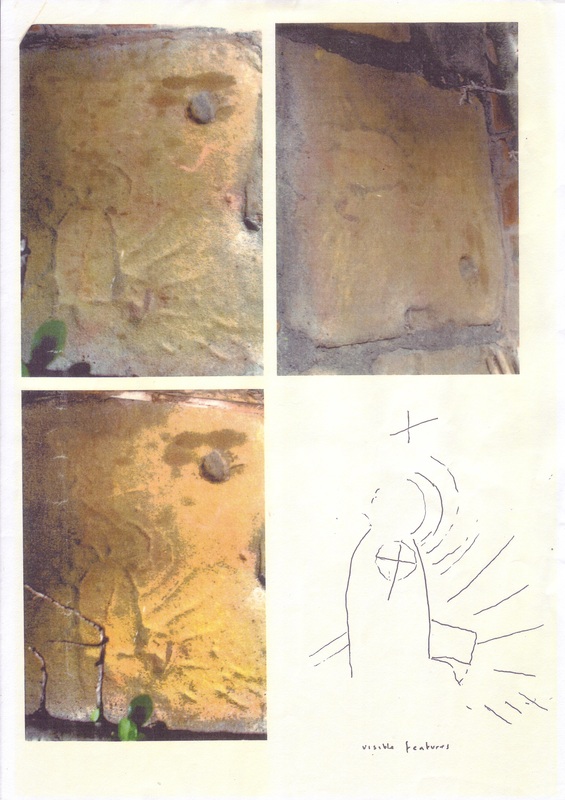 Early  this year Sealand Survey  was commissioned  to carry out a Ground Radar Survey at the Railway Inn Meols Wirral. The object of the survey was to locate the boat   that was first found during the building of the pub in 1938 . Funding is being applied for a small excavation to get dating  samples  from the wooden structure . A highly qualified  team  has been assembled  for this very important project . If funding is forthcoming  work will start  in 2018. We would like to  thank Greene King  Brewery  and all the staff at the Railway Inn for  their help  with this project   We would also  like to thank Sealand Survey  for the excellent results produced 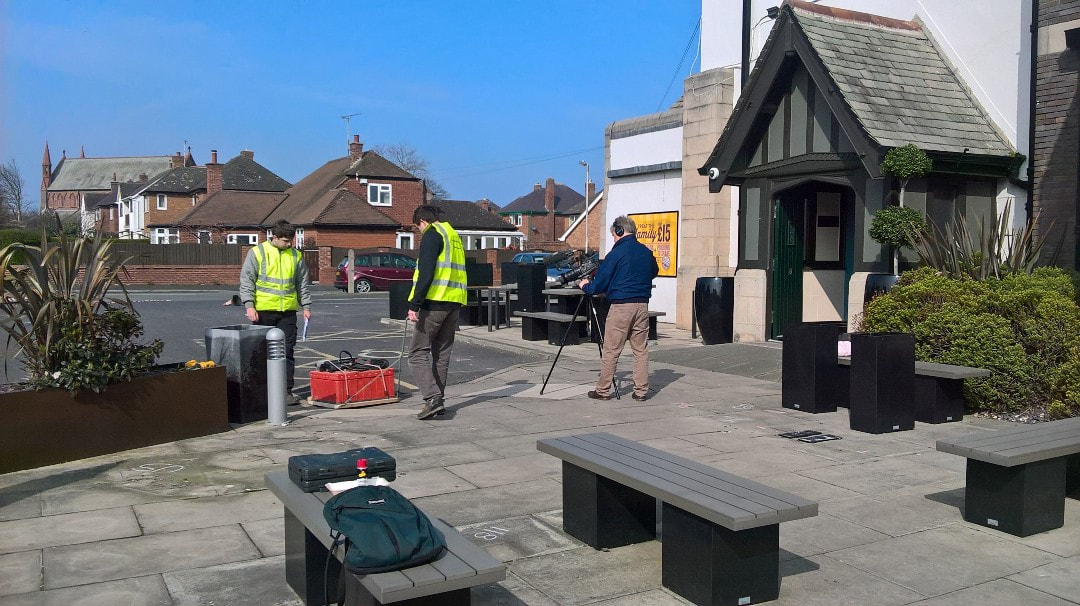